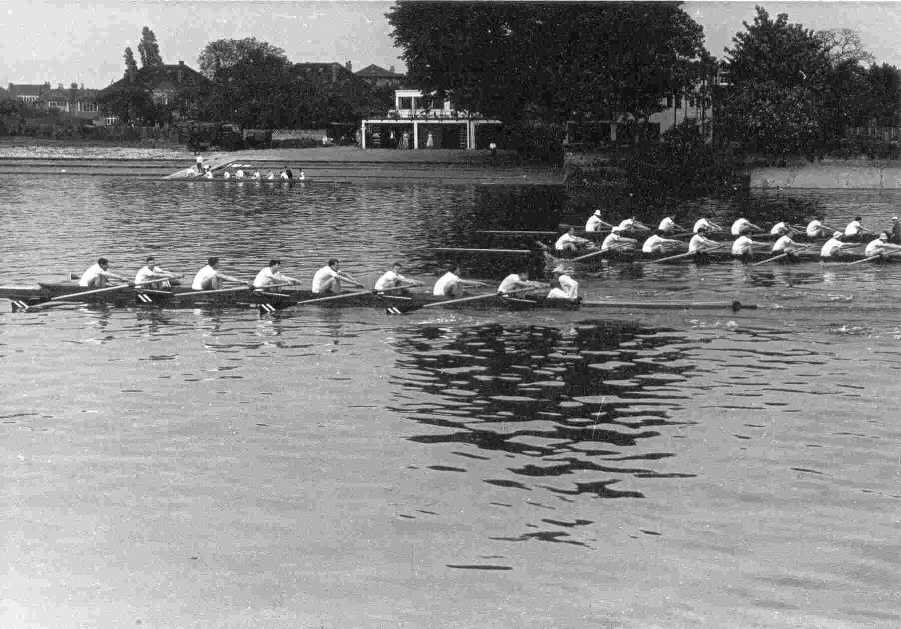 Quintin leading the way in a three-boat race, approaching the finish in the first heat of Junior Eights (16 entries). According to Francis Brown, the crew included Clive Warwick at 2, Geoff Donald at 3, Alistair Forsythe at 4, Mike Thornton at 5 and Francis at 6. However, according to the Almanack the winning crew was: bow C Warwick, 2 GP Donald, 3 RR Davies, 4 AI Forsythe, 5 MM Thornton, 6 FH Brown, 7 C Williams, str AMN Morrison, cox AJ McTernan. The crew went on to win the event. The UL boathouse was later extended to provide an additional four bays.

See them racing in the final.