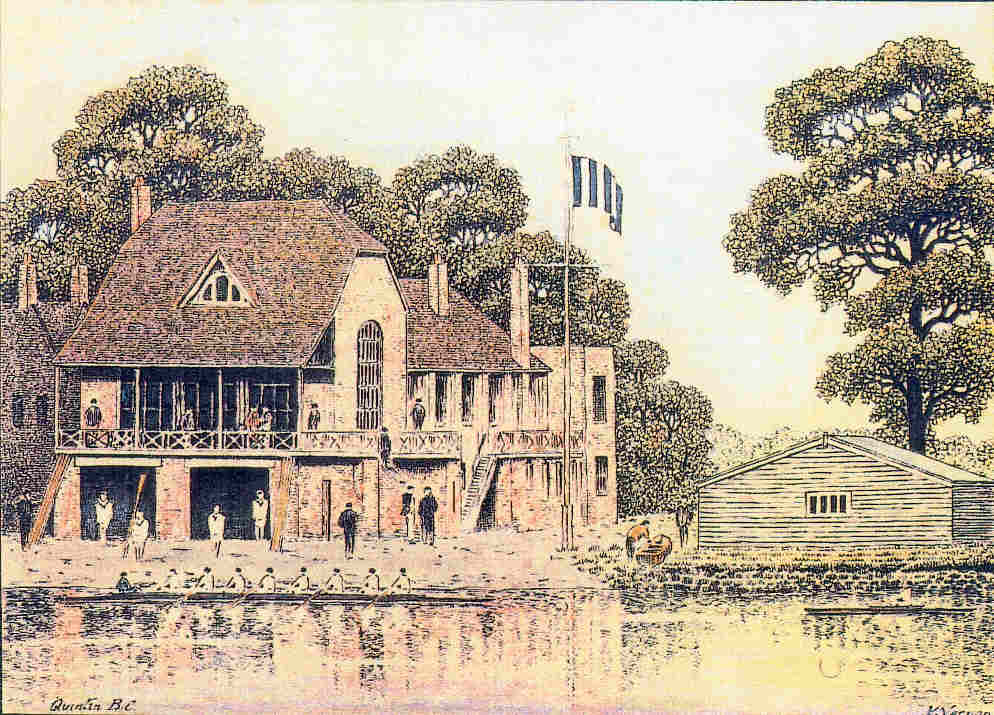 The Boathouse, by Karl "Bean" Vernon.

Karl learnt to row at the Polytechnic Rowing Club (out of which Quintin grew), before moving to Thames, with whom he went on to win a silver medal at the Stockholm Olympics in 1912. We believe he drew this image in the 1950s, as it shows the chimney on the west side of the clubhouse, which was added early in that decade. Several copies were made of this picture. This photograph was scanned from a hand-coloured copy. On the back of the mount for this copy is inscribed "Bean Vernon Won in Vernon Pairs Putney Regatta", presumably written by Karl himself. The Wikipedia entry for Karl refers to his artistic bent and says that his works were often given as prizes at local regattas. In 1954 Karl had all his rowing trophies melted down to create the "Vernon Trophy" for the fastest Tideway crew in the annual Head of the River Race (surely not including his Olympic medal?).