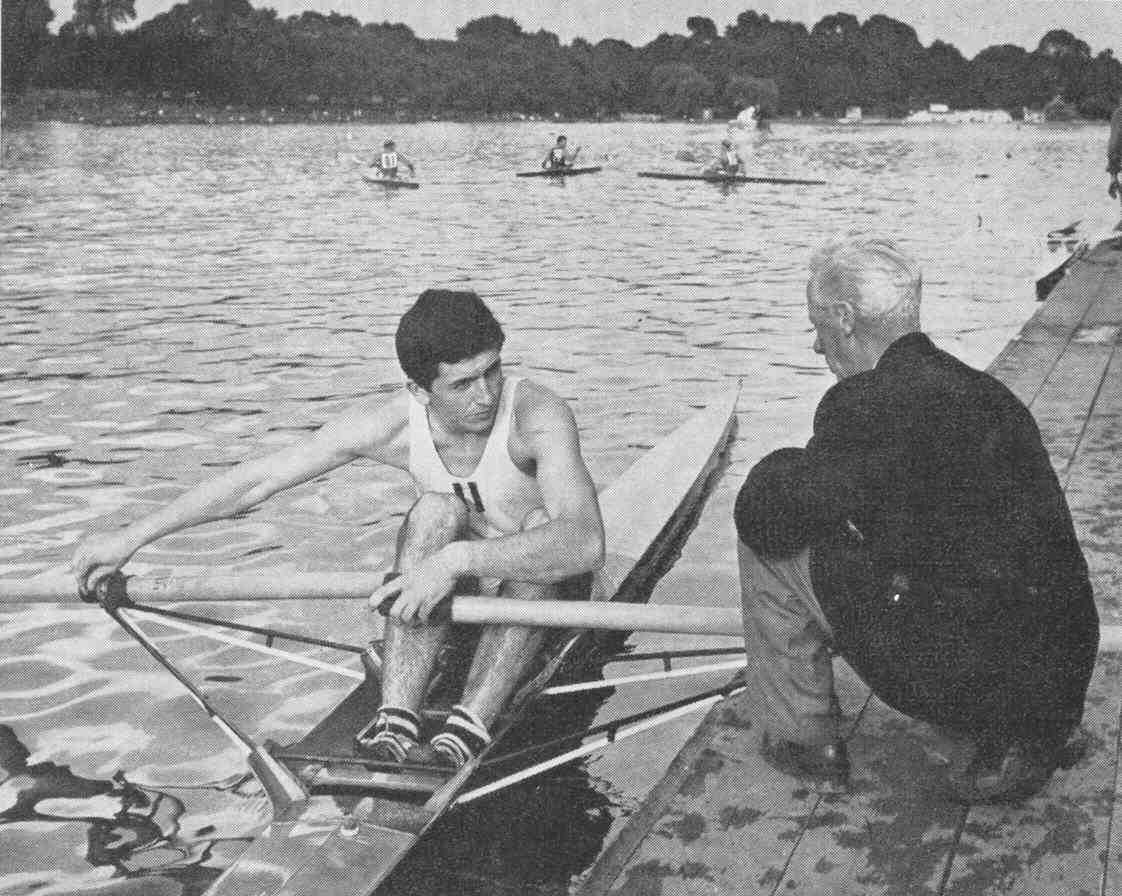 Bill Barry at the raft with Tom Peters, the Quintin and Polytechnic boatman, at the Serpentine Regatta 1962

This photograph appeared, among other places, on the front cover of now defunct "Rowing" magazine of June 1964 (price 2/6) with the caption "Tom Peters on the Serpentine Raft with British Amateur Champion W. L. Barry (Quintin B.C.)", but was in fact taken at the Serpentine Regatta in August 1962, two years before Bill won the Wingfield Sculls. The regatta incorporated the Home Countries International, in which Bill triumphed for England as the single sculler. At the same regatta Quintin raced "Grand" eights against their rivals National Provincial Bank, who had won the Thames Cup at Henley. The Times reported the race as follows, "The Grand was a splendid race, no crew dropping below 40. National Provincial Bank's stamina just proved decisive in the last minute, but it must have been one of Quintin's best races of the year." The June 1964 issue of "Rowing" also included a potted history of Quintin Boat Club.