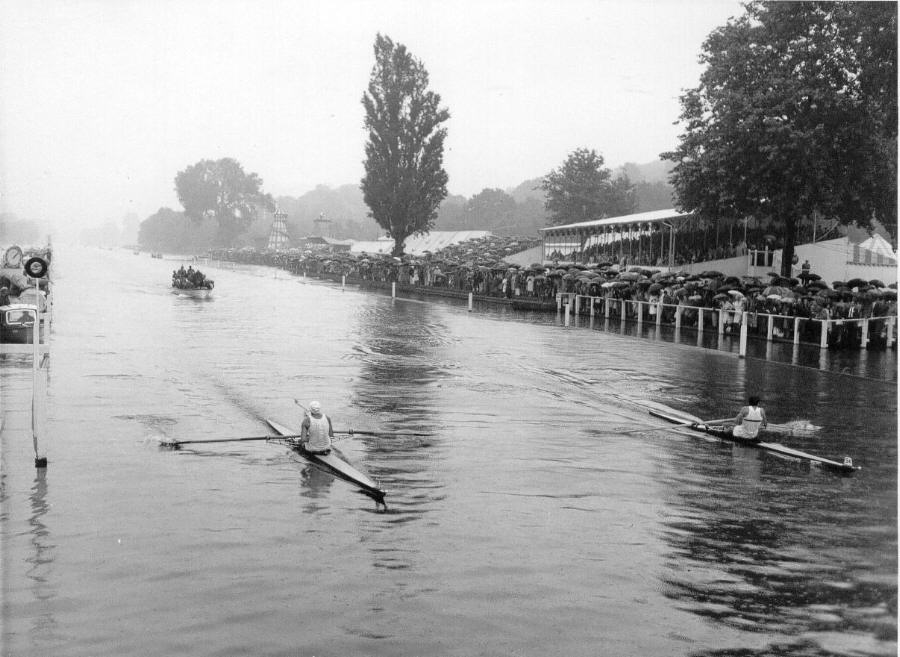 Bill Barry losing by 2 ft. to G Kottman of Belvoir Ruder Club, Switzerland. The Times reported the race as follows: "Only inexperience robbed him [Barry] of victory. He started stroke for stroke with Kottman, at 42, settling to 32, and led at once. At the quarter mile signal he had three-quarters of a length. If he had kept on at 32 he might have broken Kottman, or, of course, he might have cracked himself. But he dropped to 29 and Kottman, at 30, immediately closed up and took the lead at the Barrier.At Fawley (3min 55 sec) Kottman led by half a length. He then tried to get away, rating to 31 to Barry's 29. He seemed about to succeed, leading by a length at the three-quarter mile signal. But he could get no more. Still, at 29, Barry was pressing him from Remenham Club onwards. Kottman was forced up to 32 at the bottom of the enclosures, Barry still at 29 and still a length down.Suddenly, opposite the grandstand, Barry seemed to realize that Kottman was not going to come back to him, and that he must either go after him, or accept defeat. Unfortunately he had left it too late. In the last 12 strokes he was gaining 2ft a stroke, and he failed at the finish by 2ft." 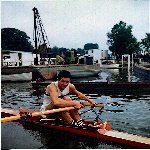