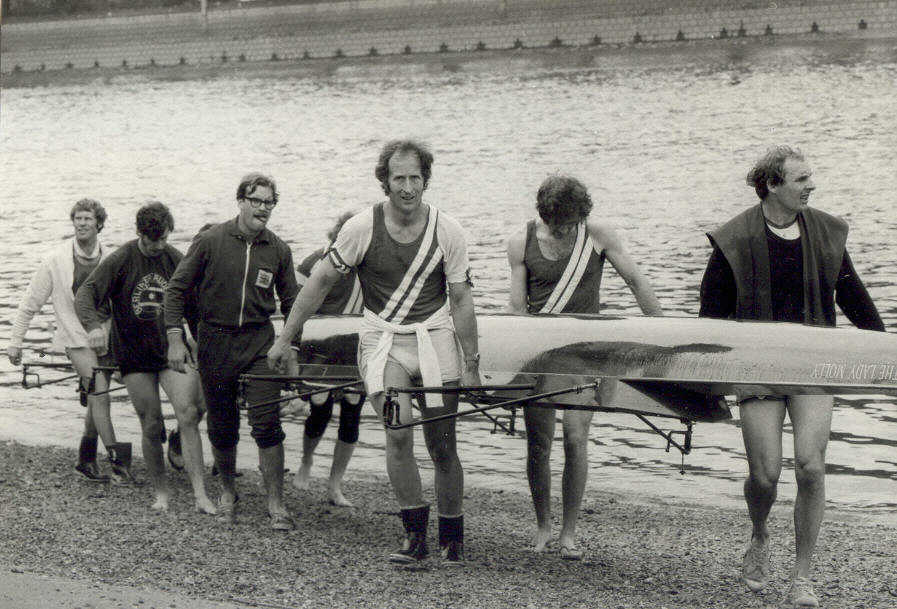 The boat is "The Lady Molly". This was the last-but-one wooden eight built for Quintin by Edwin Phelps and the first to be fitted with shoes rather than clogs. Its predecessor, "The Lady Peggy", was always judged a fine boat, but the"Molly", built for a heavier crew, never quite matched its feel. The final Phelps eight for the club was "The Lady Lindi", modelled directly on the "Peggy". After that it was plastics - Carbocraft and, ultimately, Empacher.