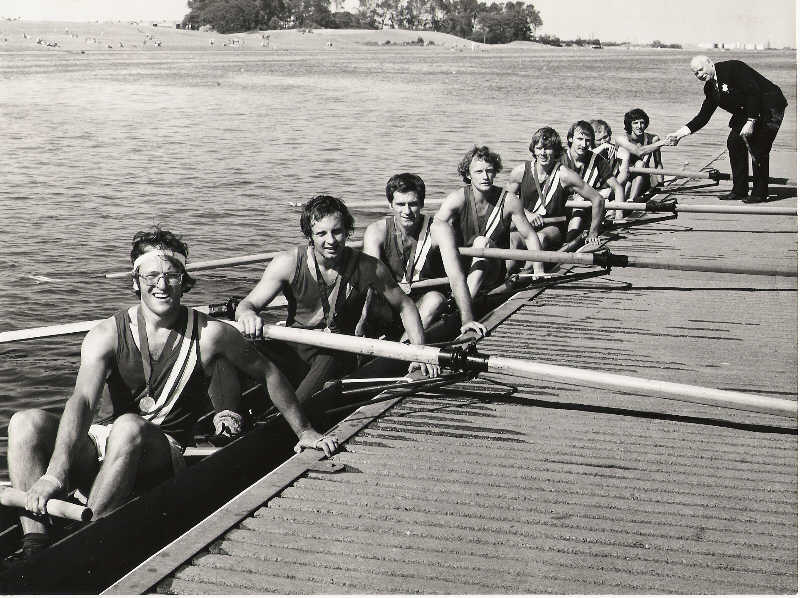 Crew: Tom Curry (bow), Roger Sidey, Roger Greenfield, Ted Clisby, Dave Vickers, John Peters, Chris Wooderson, Dave Crane (stroke), Julian Halliday (cox). The Quintin eight was due to have been coxed by Phil Read, but he had to drop out through illness a day or two beforehand. Julian Halliday was a cox at Canford School and this was his first experience of coxing on a 2000m. straight multi-lane course.