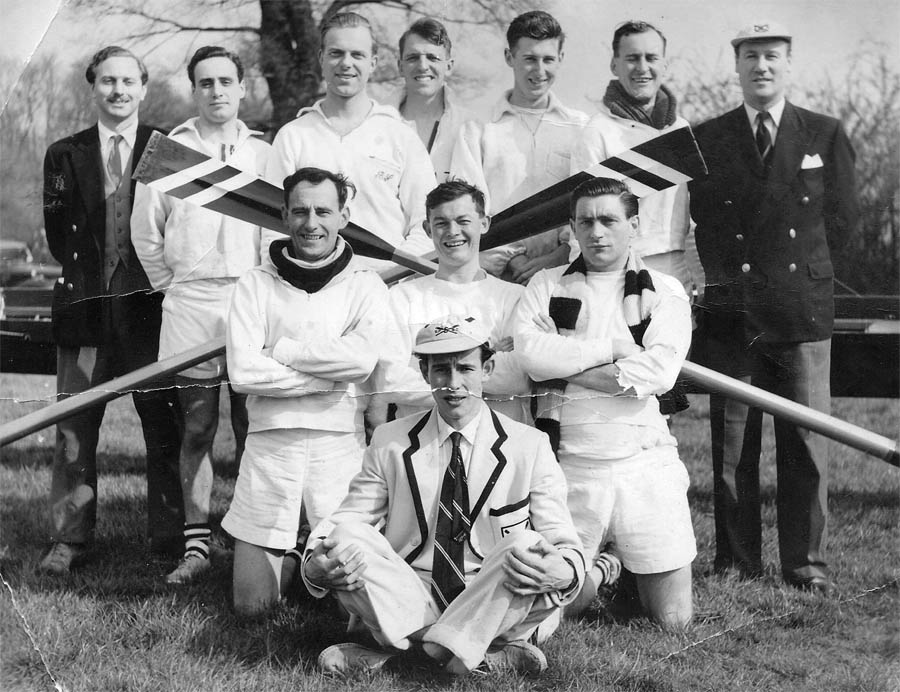 We strongly suspect this photo was taken on a trip to Oxford on the given date. The March 1957 issue of the Poly Magazine says: "On February 9th, the 1st and Veterans' VIIIs visited Wadham College. Both crews were beaten; the first eight, rowing to orders, were caught by the crew which was to row in the Torpids ten days later. The crews were afterwards entertained in Martin Hening's rooms, followed by dinner and a visit to the Oxford Union." Martin Hening was the Wadham boat club captain.

Peter Sutherland died in 2012. He became captain of Leander and in 1963 founded Upper Thames.