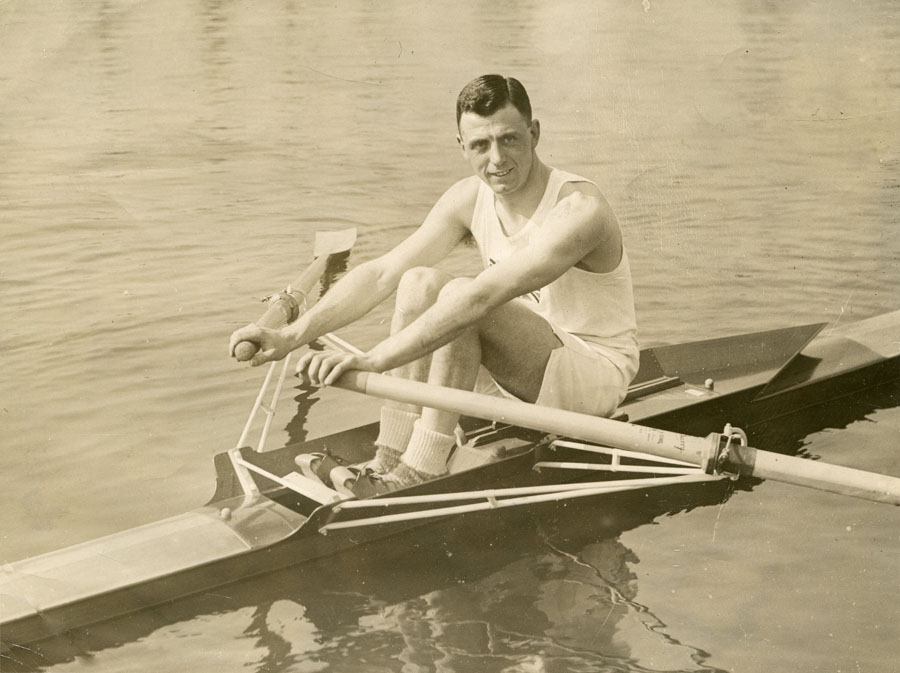 H.A.(Bert) Barry won the World Professional Sculling Championship in 1927, beating Major Goodsell from Australia in December of that year, having lost to him in May. The Race was held in Vancouver, Canada. Bert lost the title to Ted Phelps on the Thames in May 1930 and failed to regain it the following December. Thereafter he did not contest the title again, but he competed in the English Professional Sculling Championships, racing Ted Phelps on several occasions, but failing to beat him. The Times newspaper for 28th September 1935 has an article announcing a race against Ted Phelps the following day for the English title, in which it reports that Barry had "the assistance of the brothers Peters, of Chiswick". In the end it was Bert's brother Lou who defeated Ted to take the English title the following year (See Pathe News clip at http://www.britishpathe.com/video/new-sculling-champion).

Both Bert and Lou coached Quintin crews in the post-war years, before Lou co-founded the Tideway Scullers School and concentrated his efforts there. This photograph of Bert came from Gordon Madge's collection of rowing memorabilia. Bert is sporting the Union Flag on his singlet and so the photograph most probably dates from one of his World Professional Sculling Championship races in 1927.

For a later picture of Bert see this photo.