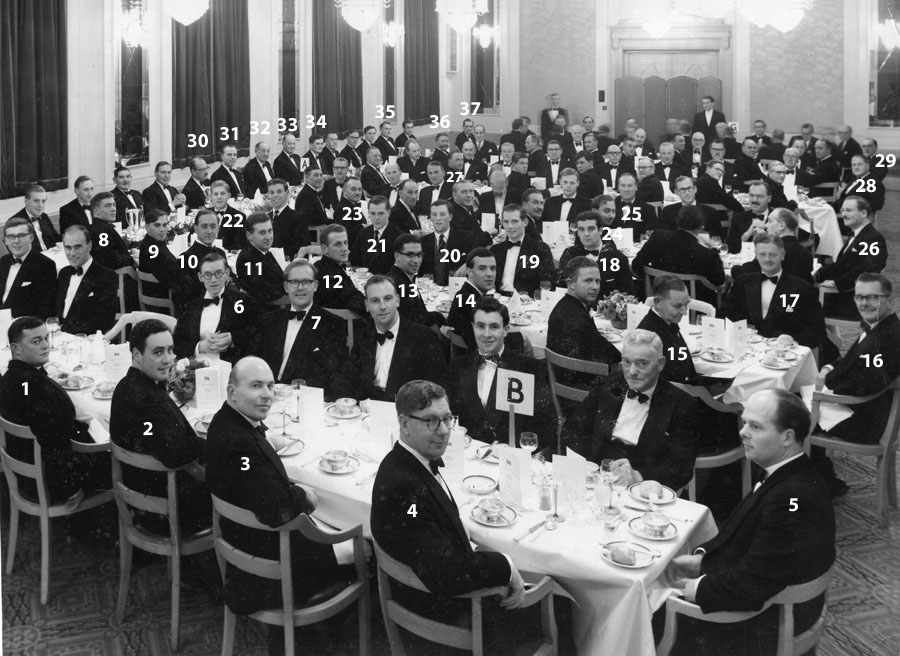 The venue was the Connaught Rooms in Great Queen Street, London.

If you can identify someone in the photograph contact web@quintinboatclub.org.

Lionel Bailey recalls; "Peter Sutherland, who went on to found Upper Thames RC, was a driving force behind the 1965 Anglo-Dutch Youth Regatta that John Peters, Pat Barry and I successfully competed in."

This image has been added to the 1950s album.