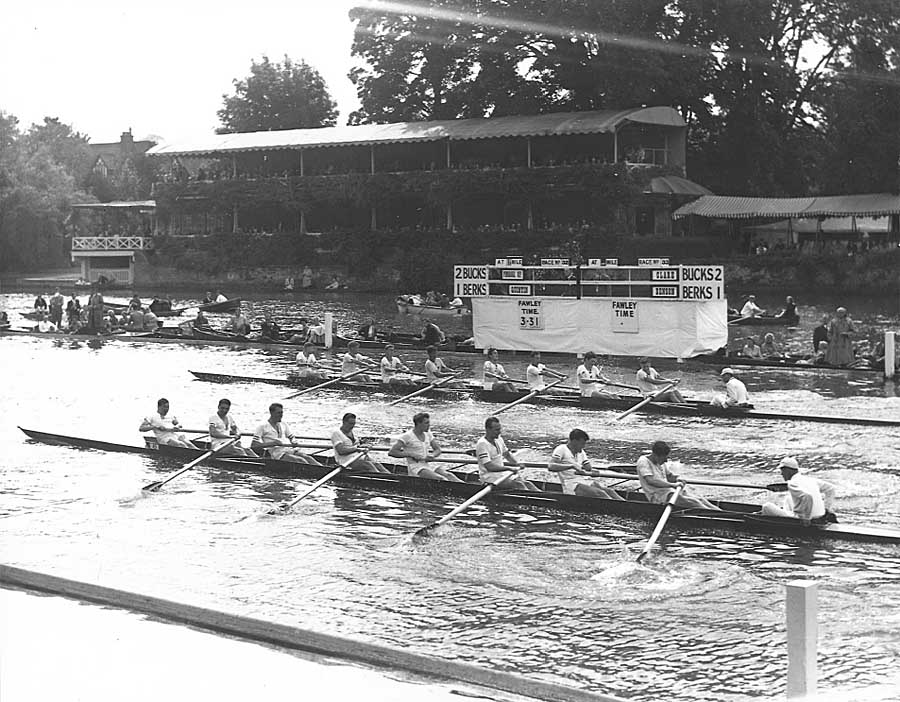 Quintin Boat Club losing to Pembroke College, Oxford in the first round of the Thames Cup. In a close race, in which Quintin led until Fawley, the final verdict was 1/3 length.