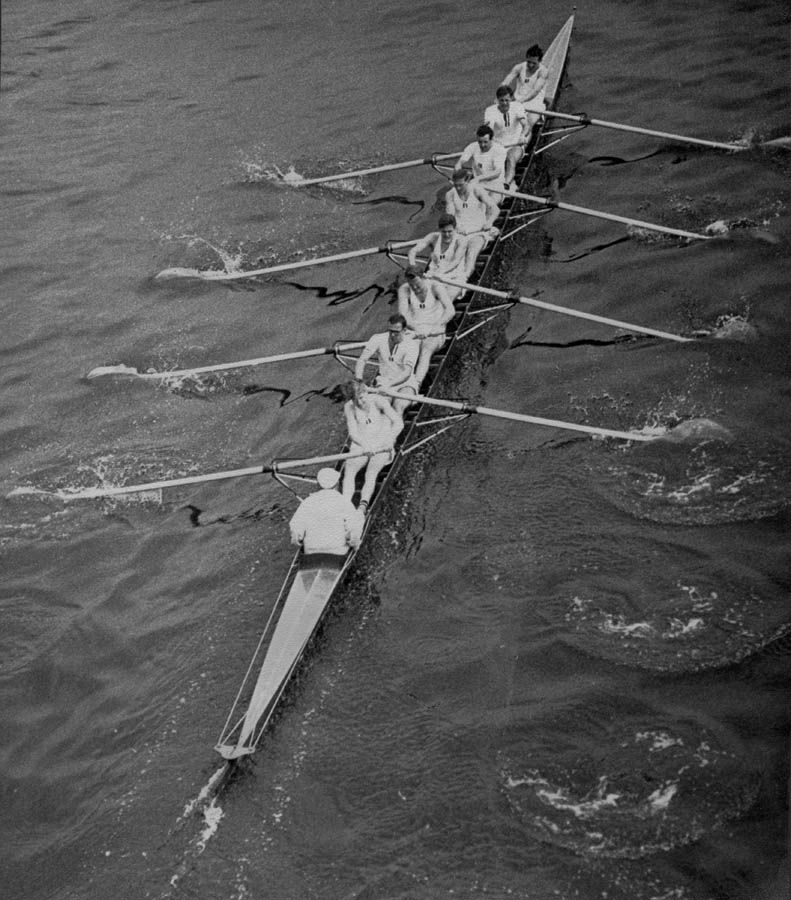 Quintin shooting Chiswick Bridge in a heat. According to Make Cadiz's scrapbook the crew lost the final to the University of London. Official regatta records give the following results for the event:

Semi-final: Quintin beat National Provincial Bank (with Dick Findlay at 3) by 1/3 length with London 1½ lengths behind.

Final: Imperial College beat University of London by a canvas with Quintin 1½ lengths behind.