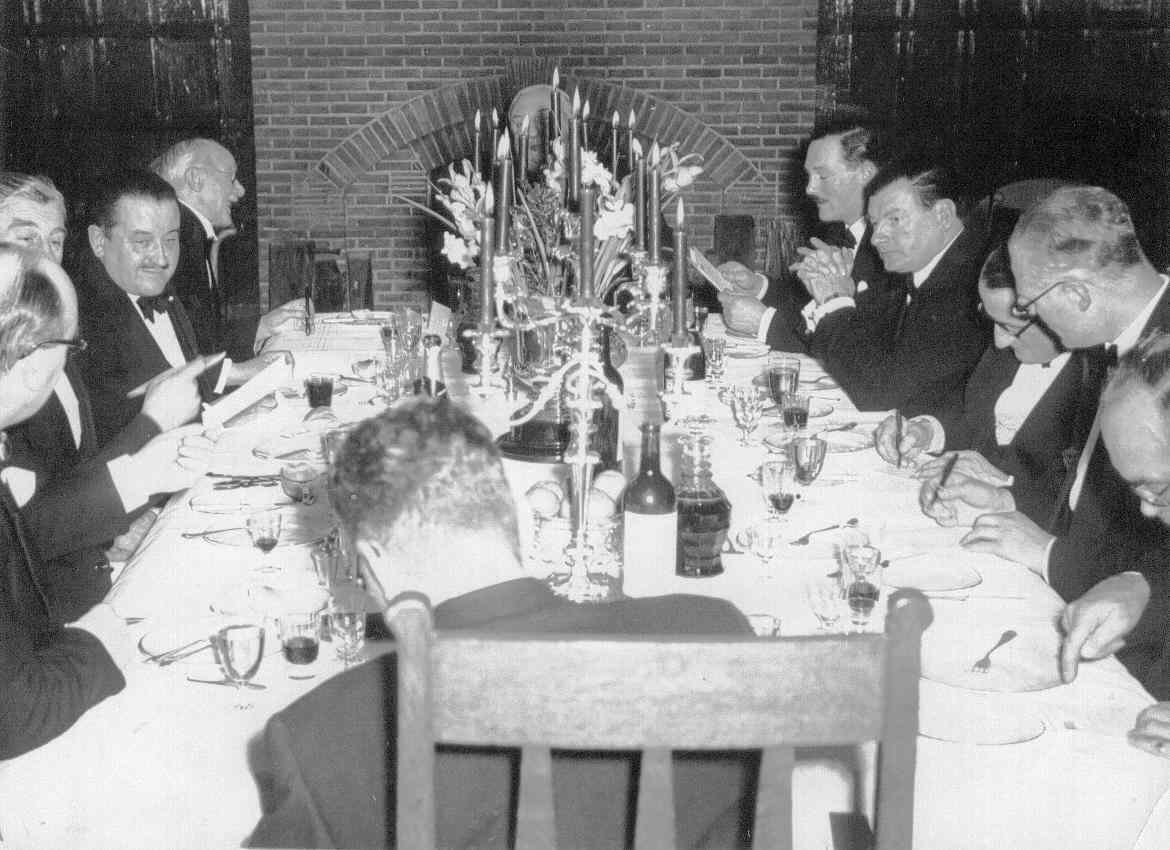 We believe this to be a Captain's Dinner in honour of F.G. ("Tiny") Mitchell, Captain of the Polytechnic Rowing Club 1909-10 and a member of Quintin's first ever crew at Henley in 1920. Sitting with his back to the fireplace, obscured by the candelabra, must be "Tiny". With his back to the camera is Arthur "Bubbles" Ward, the captain at that time. Dick Hylton-Smith is identifiable furthest away from the camera on the right. To his left is Walter Skelton and then Gordon Madge. Second furthest away from the camera on the left is Ridley Cooper. Thanks to Alec Field for identifying "Bubbles" (who coached Alex through novices and juniors back in the '60s) and also identifying Walter Skelton, and to Paul Cooper for identifying his father.

The University of Westminster has kindly assisted us in identifying the remaining attendees by including the Polytechnic Magazine for May 1956 in their online archive. Previously unnamed attendees include Billy Jones (left of Ridley Cooper), G.R. Heather, R.V. Johnson, E.W. Morris and I.W.E. Widdows.