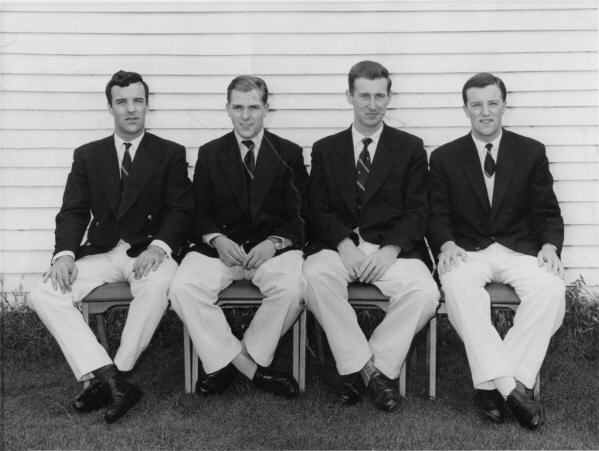 Thanks to Brian Alldridge for this photograph and for this recollection:

"Bob got us together at the end of the 1959 season. He had been in a pair with Norman Webster, Brian stroked the 1959 1st Eight and I'd come from that year's junior/senior eight. The then Captain, Brian Shaw, was in the process of putting together an eight with Lou Barry and Bob didn't really fit into the pattern (he never did!). We didn't have a coach, those who know Bob Slade will understand why. After an iffy start to the 1960 season (we hit the bank after less than 20 strokes at Thames Ditton), we went on to have a good season with a few good wins".

Brian's report in the October 1960 edition of the Polytechnic Magazize states that they had four wins - at Walton, Kingston, the Met and Maidenhead.