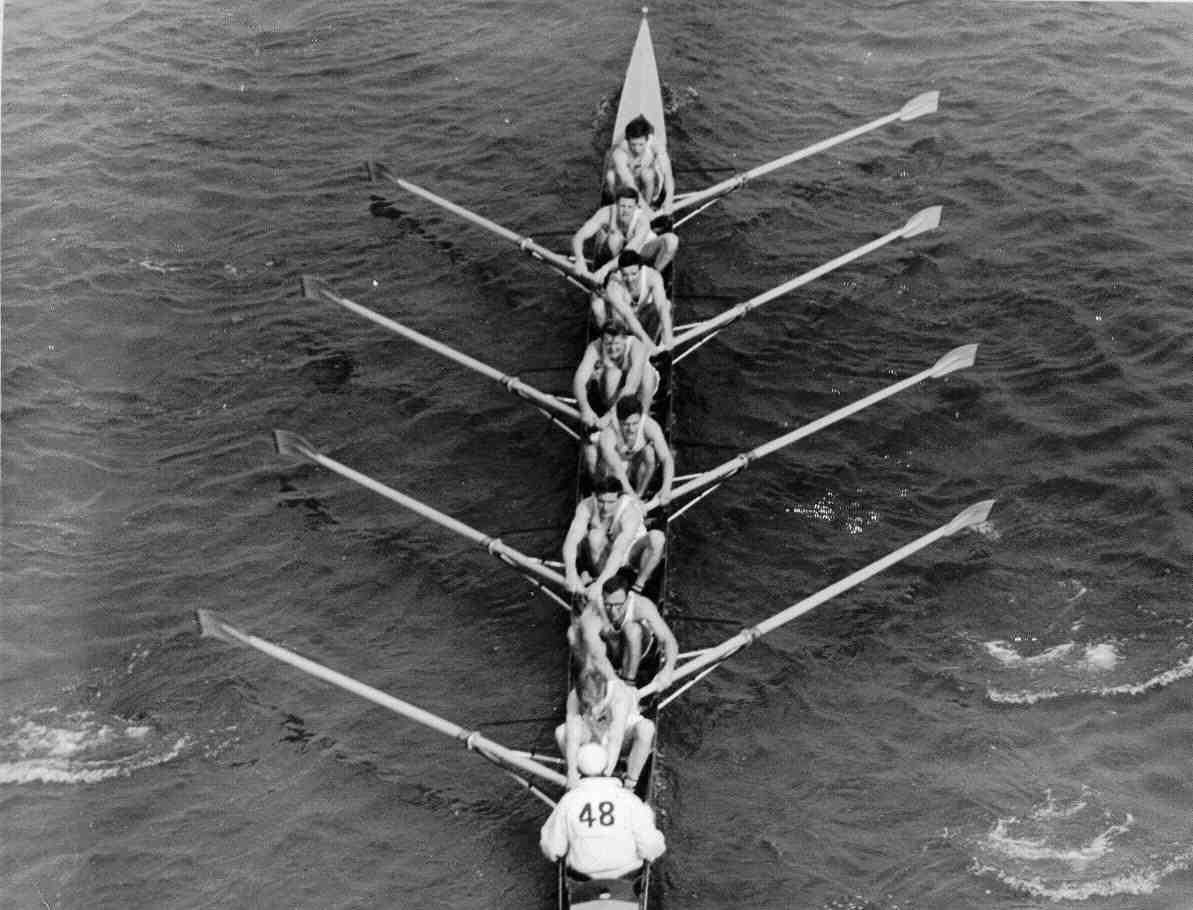 Ced also recollects that this crew took on and beat Oxford University in the build up to the varsity boat race. He recalls,"Our coach that year - as always - was Lou Barry. Jumbo Edwards coached Oxford. Lou was a Squadron Leader and a professional. Edwards was a Group captain and an amateur. A formula for rivalry. Edwards wanted us to row a full course trial against his crew rather than just act as a pacing crew for a third of the course and offered a two length start. Lou said it was not a good idea but then said "OK", declining the two lengths. Oxford never had a chance. Lou said sorry to Edwards and thank you to us."