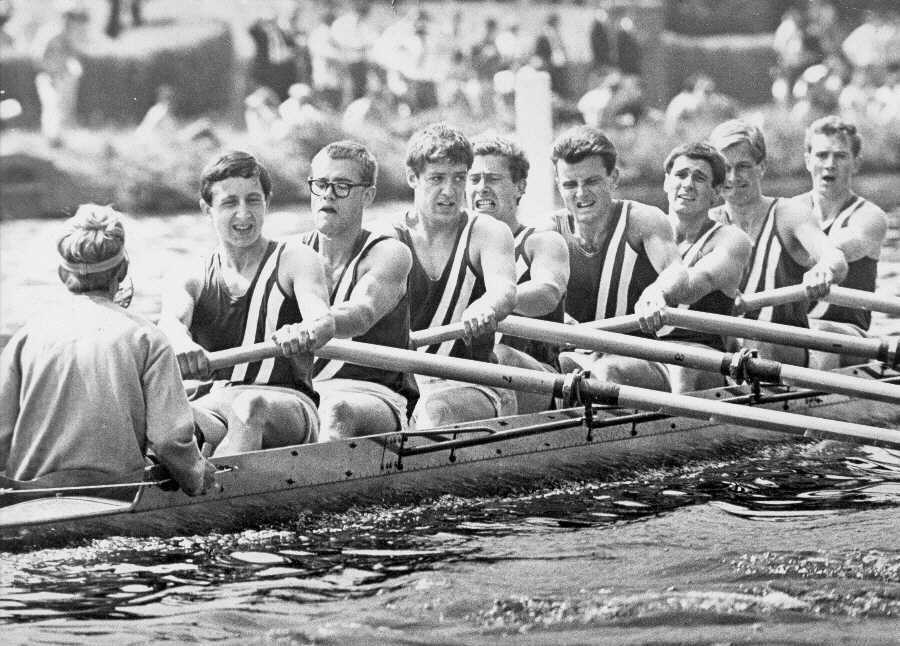 Another picture courtesy of Lionel Bailey, who says of the picture "QBC had beaten Scottish Argonauts by ¾ length on the Wednesday and this was our race against Isis on the Thursday. We had beaten Isis, on a re row after a dead heat, on the way to winning Thames Cup VIII's at Reading 2 weeks earlier. At Henley they just edged us by ½ a length and went on to race Harvard in the final, only to lose to the Yanks by ¾ length. Incidentally, this photo featured on travel brochures the world over for years after." This is our earliest photographic evidence of Quintin wearing the distinctive blue and white singlets - in the heads that year crews were wearing white singlets, still in the transitional phase from the old white zephyrs with blue ribbons.