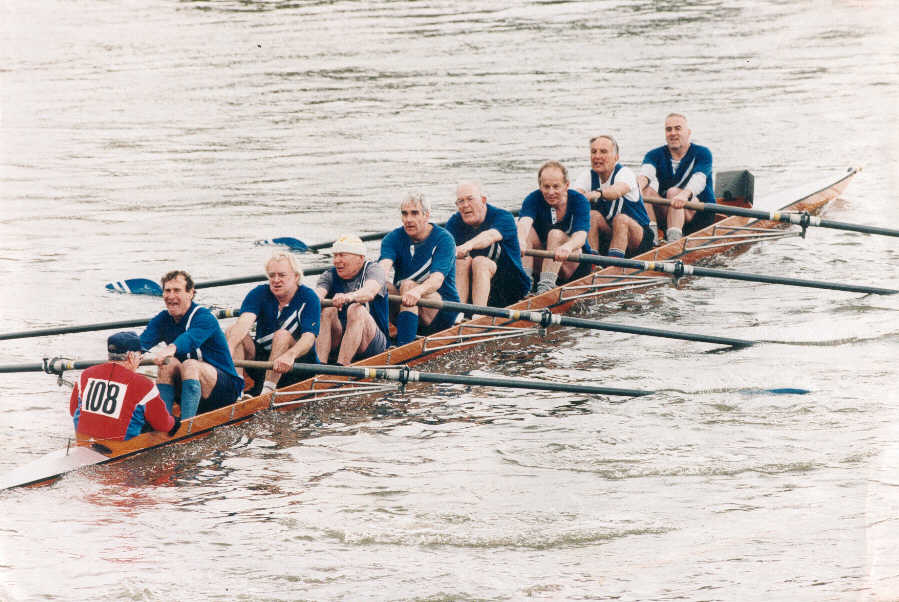 Is this Vets Head picture from 1993 or when? The squad is much the same as the 1994, 1995 and 1996 crews. The boats may be an indicator. In 1994 this squad were using a Carbocraft VIII but in the 1995 Vets Head and in this photograph they were using a wooden Empacher. Just to confuse matters they used a plastic Empacher at 1995 Henley Vets. The wooden Empacher reappeared for the 1996 Vets Head.

If you have an answer, send it to web@quintinboatclub.org