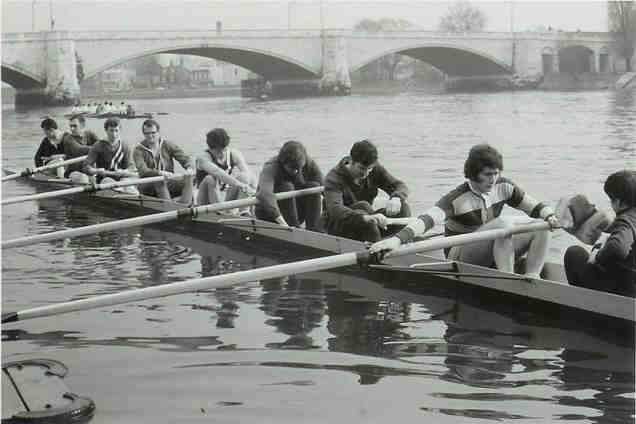 Ibis RC was founded in 1871. In April 1970, to celebrate the start of their 100th season, Ibis organised an event in which Ibis/Quintin composite crews raced composite crews from the two clubs across the river, namely Thames Tradesmen and Mortlake Anglian & Chiswick. The match consisted of races in eights and fours at various statuses. The result of the eight races was four-all.