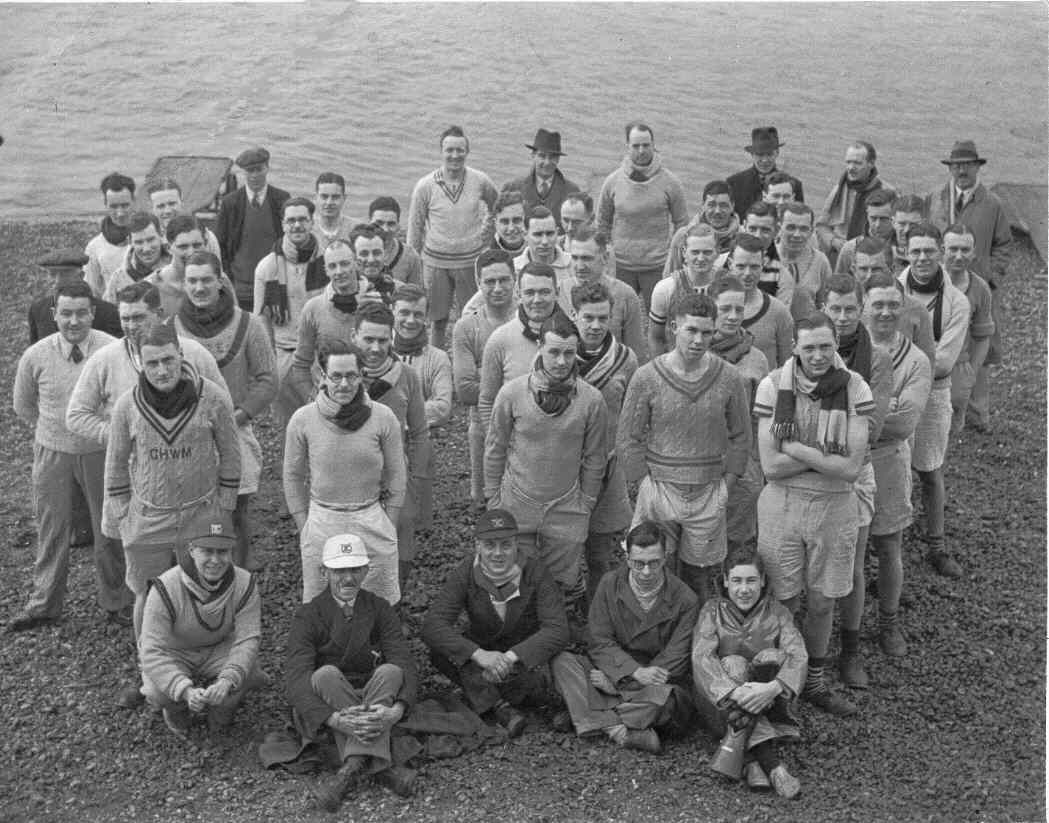 The GHWM initials are a giveaway for Gordon Madge, and Chris Hylton-Smith recognised his father, Dick, our president for many years, one in front of the man in the dark hat at the back third from the right, and also his uncle Ken Hylton-Smith, the rightmost seated coxswain. Does anyone recognise anybody else in this photograph?

According to Gordon Madge's records it was taken in 1934.

If you have an answer, send it to web@quintinboatclub.org