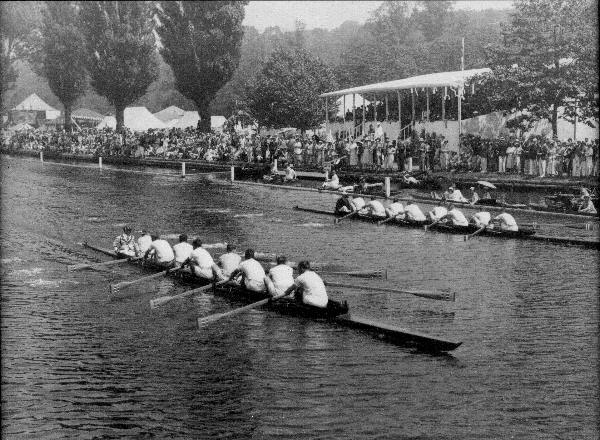 Quintin losing to London RC by ½ length in the quarter-final. This was when Westminster Bank took 7 seconds off the Thames Cup record, becoming the first Thames Cup crew to break 7 minutes. It was possibly the shortest-lasting Henley record ever. Only 10 minutes later London broke the record in beating Quintin.

Thanks to Teresa Hussey, Austin Hussey's widow, for donating this photograph.