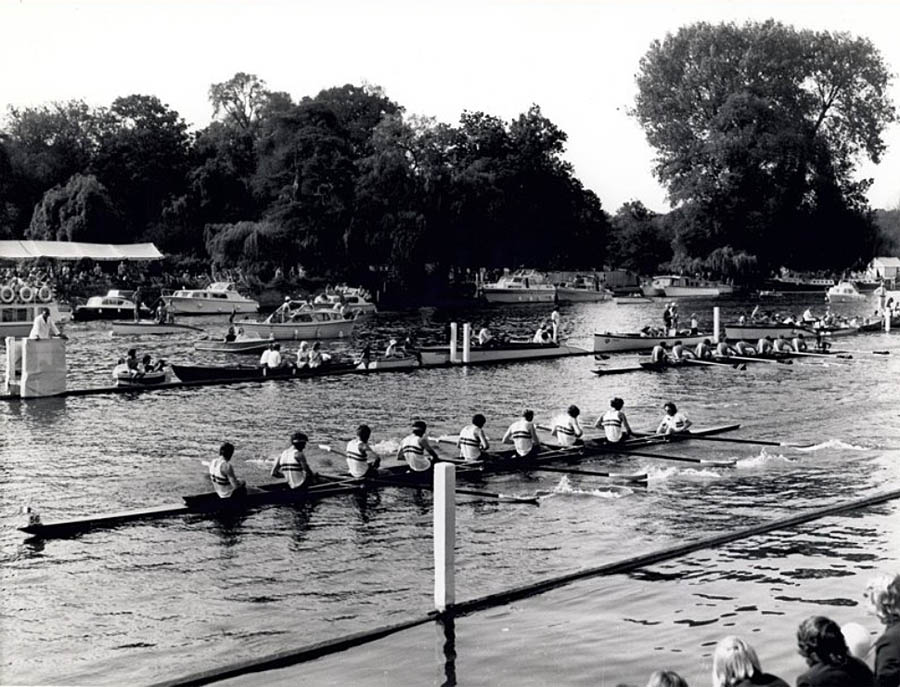 The final of the Thames Challenge Cup, Sunday, 6th July 1975

Approaching the progress board, Garda Siochana lead Quintin by one length. As reported in the official regatta records, the Quintin crew had a harder progression through the week, rowing through the Cairo Police, who broke the Barrier record, in the second round and then equalling the Barrier record and breaking the Fawley record in beating Christiania (Norway) in the quarter final. They then lowered the Barrier and Fawley records by a further second in the semi final to beat Leander.