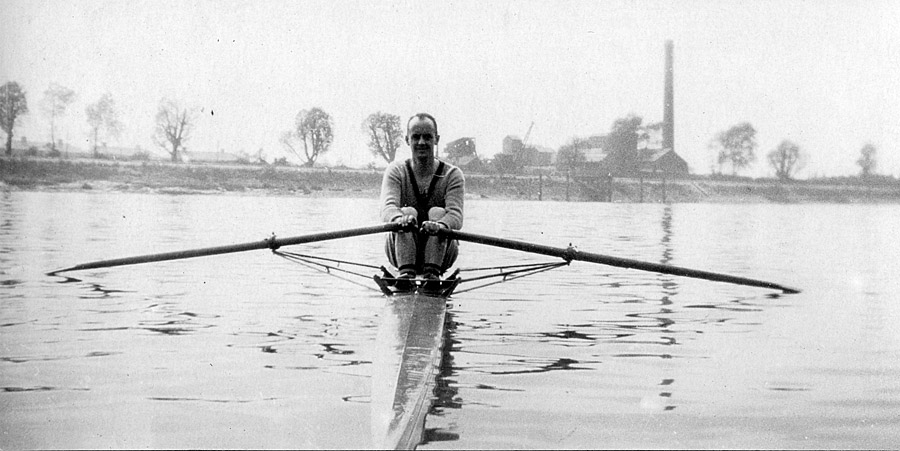 In his photograph album, EW Bingham labelled this image "Chiswick 1929 Junior Sculls", however we can find no record of him competing in such an event at Chiswick Regatta that year. He did win Junior Sculls at the Polytechnic's internal championship in 1928 and he also competed in Junior Sculls for the club in 1930 (Junior was a men's category just above novice, which was then known as maiden).

Bingham was a stalwart coxswain of the club for many years, right up to the late 1940s.

This image has been added to the Early Days album.