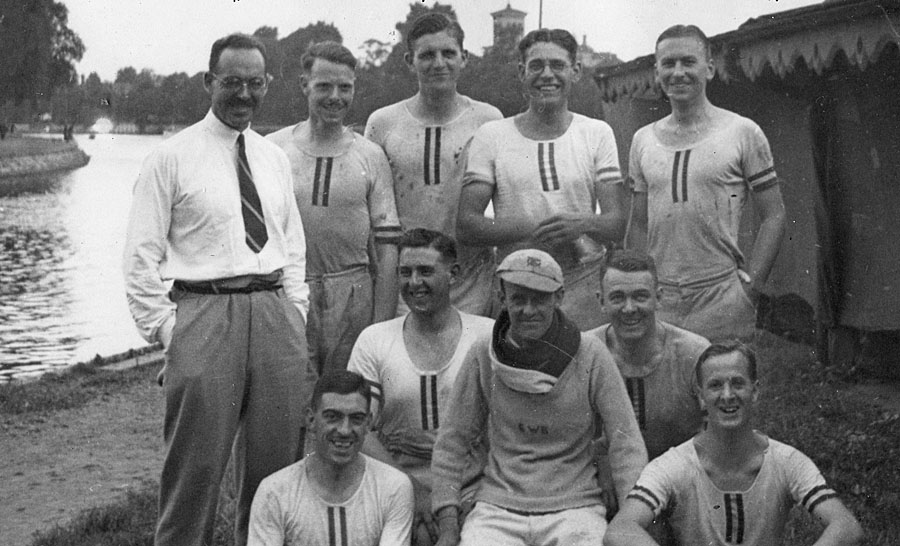 Bingham dated this photograph 1934 but regatta records show only a QBC Grand eight racing that year, whereas in 1933 they won Junior eights with the personnel identified in this photograph. The shot was taken on Raven's Ait, where Kingston RC was based until 1935.

See a photograph of their heat against Kingston.