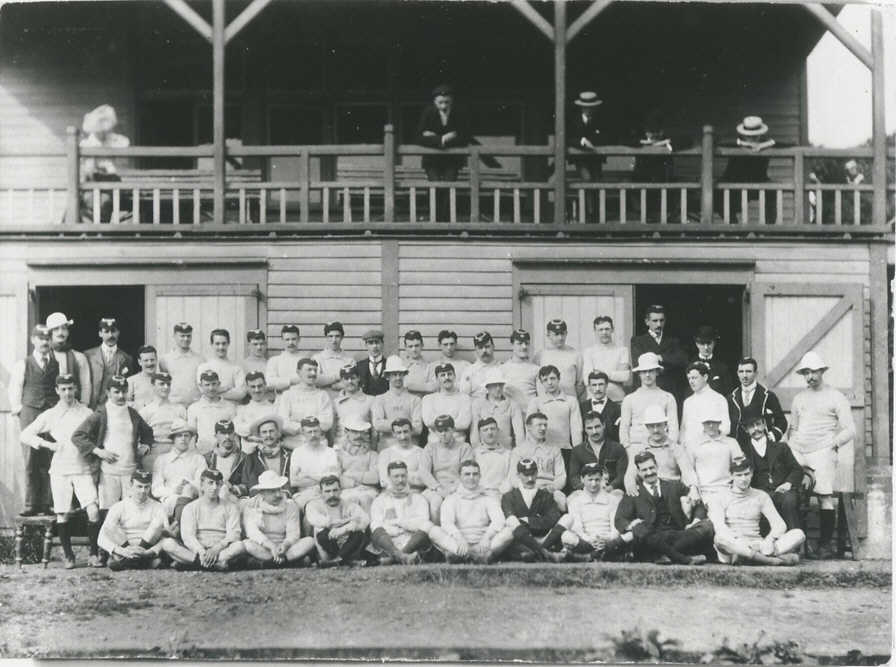 QBC and/or the Polytechnic Rowing Club in the 1900s.

Charlie Madge informs us that the gentleman seated in the second row from the front and third from the left (with his straw hat tilted back) is his maternal grandfather, Charles Hutchins. The gent standing on stool on the extreme left is (Alec Field thinks) JP's Grandfather, and the tall guy back row on right leaning against the door is Karl 'The Bean' Vernon. He won a Silver Medal in Coxed Fours in 1912 at the Stockholm Olympic Games; also in the boat was Julius Beresford (the legendary Jack Beresford's father). Alec Field recalls, "Karl Vernon and Bert Barry, Lou's brother, who used to race as a professional sculler, also coached us novices in the early '60s. We did not appreciate then how lucky we were." Bert Barry won the world professional sculling championship in 1927. See Bert and brother Lou sculling (2.4 MB wmv download).

If you know when this was, send your answer to web@quintinboatclub.org

Compare this with the Centenary photograph.