back to 1950s
Previous Next 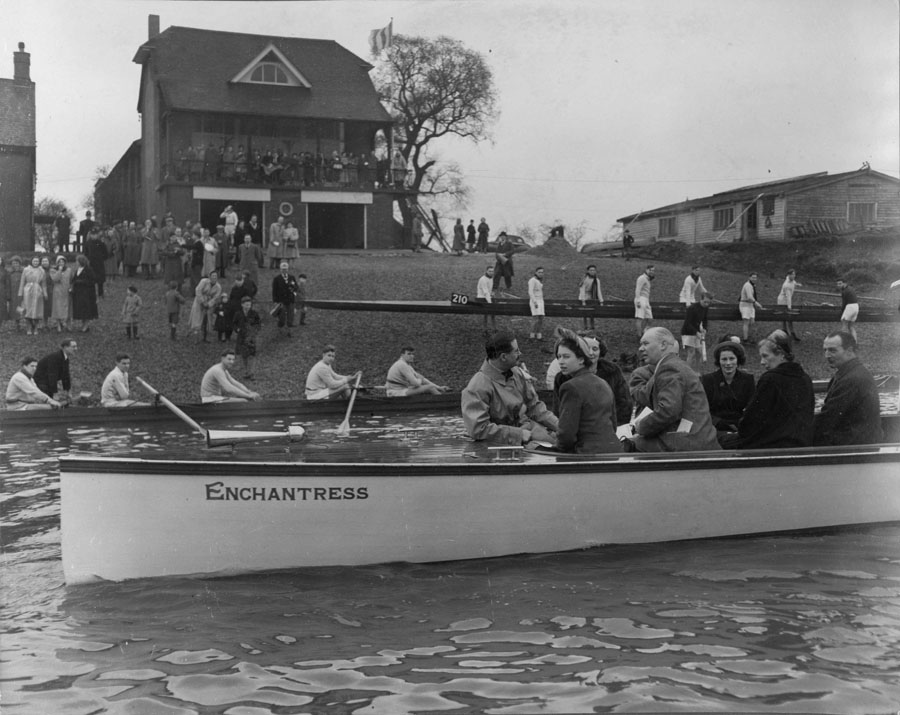 1951 was the 25th anniversary of the first Head of the River Race and Princess Elizabeth (as she then was) honoured the event by starting the race. Here she is in the Thames RC launch "Enchantress" outside the Polytechnic Boathouse. The wooden building containing the rowing tank can be seen in the background. This was constructed by the members of Quintin Boat Club in 1921 in memory of the club members who lost their lives in the First World War. If you look closely you can see the memorial plaque, with a poppy wreath hanging below it, to the right of the door. This plaque was later moved to its place over the fireplace in the club room. The wooden building had to be replaced in the late 1970s by the present concrete and brick structure.

Princess Elizabeth outside the boathouse 1

Princess Elizabeth outside the boathouse 2

Bert Barry and another waterman