back to 2022 Events
Previous Next 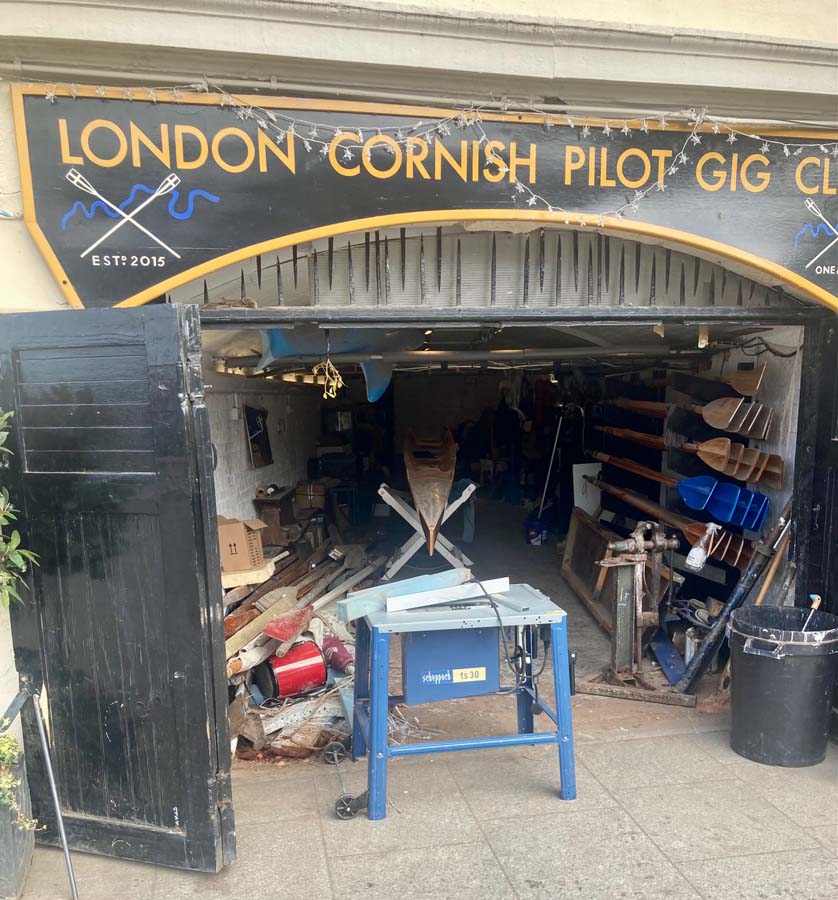 On Monday, 14th March 2022 club members Andrew Bramah, Roger Hine and Bruce Lamka went to Richmond riverside in search of a replica of the "training barge" "Old Nero" as used by the University of Washington which had been made at the Richmond Bridge Boathouses for a forthcoming film based on the book "The Boys in the Boat". This book tells the tale of the crew that won the Olympic gold medal for eights at the 1936 Berlin Olympics. It turned out that the boat had been moved upriver, but instead another discovery was made - a replica of the "Husky Clipper" shell eight that was used in 1936, also for use in the filming.

Walking along Richmond riverside, the stern of the replica "Husky Clipper" is spotted in the boat bay.

First glimpse of the boat

Stern section of the "Husky Clipper"

Bow section of the "Husky Clipper"